Author Note: Welcome to No Cigarettes, No Bologna.  Feel free to read the “About” section to get the backstory on me, my blog and the blog title.  Hope you like it, and if you do, leave a comment and pass it on!  Thanks for reading and look forward to hearing from you.

Phil and I have a Crazy Stick: a metaphorical marital conch to be passed back and forth, giving the mitigated spouse permission to be…well, a little crazy.  Overreactive.  Overwhelmed.  Stressed.  The catch is, only one person can have it at a time. And yes, about 92% of the time, that person is me.

Then, we moved.  Three times, to be exact – in one year.  First from our house in Pennsylvania to a rental home in coastal Massachusetts…then to another rental….and finally our current home.  With two kids and a dog, it was pretty stressful.  I ate my share of freezer-burned Kit Kats at 3am.  But Phil – my annoyingly optimistic, power-of-positive-thinking, unflappable husband – well…he really started to lose it.

His hair started falling out.  He began mumbling under his breath.  Some afternoons he sat in his car, stared at the steering wheel, and gnawed on the back of his hand. Phil was white-knuckling the Crazy Stick.

I looked at this role reversal as an opportunity for mutual growth – an opportunity to dig deep in search of my inner optimist. With a cheerful wife at the helm, Phil would feel free to let his guard down and be vulnerable.  I can do this, I said to myself.  I can keep this ship afloat.

I embraced my new role with commitment.  I picked up Phil’s underwear off the floor without complaint.  I smiled supportively when he started doing weird things, like collecting lobster buoys.  One morning, he vanished for hours until I spotted him running down the street, holding a sandy buoy over his head like the Stanley Cup.

“Nice, that’s a good one!”  I said, throwing it onto the growing pile of orange styrofoam in the backyard. As his level of quirkiness escalated, I remained supportive at all costs.   I was in the zone…the Donna Reed zone.  I made monogrammed pot pies. 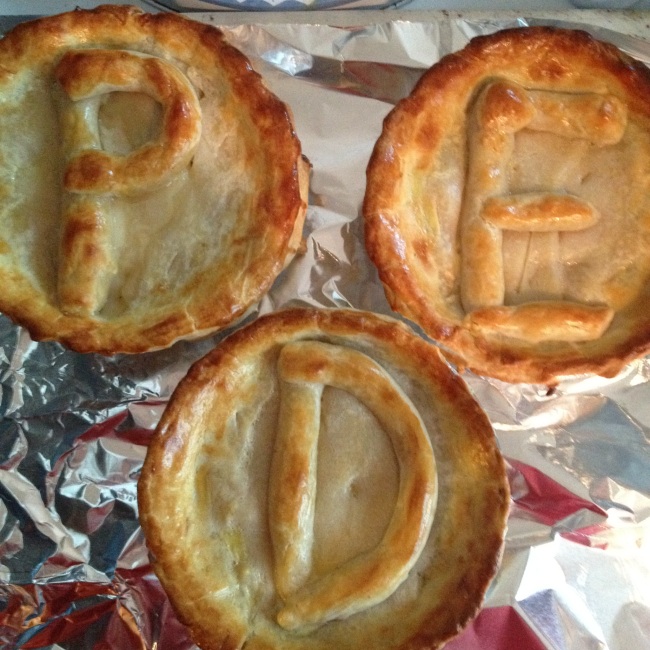 But alas, every coach turns back into a pumpkin.  A string of unfortunate events (carbon monoxide poisoning, a blizzard, frozen pipes, the Noro Virus, the death of my grandmother) began to chip away at my Stepford Wife veneer – and when my 4 year old- broke her leg, my sunny exterior broke along with it.  The jig was up.  Donna Reed was dead.  Pass the Crazy Stick, please. 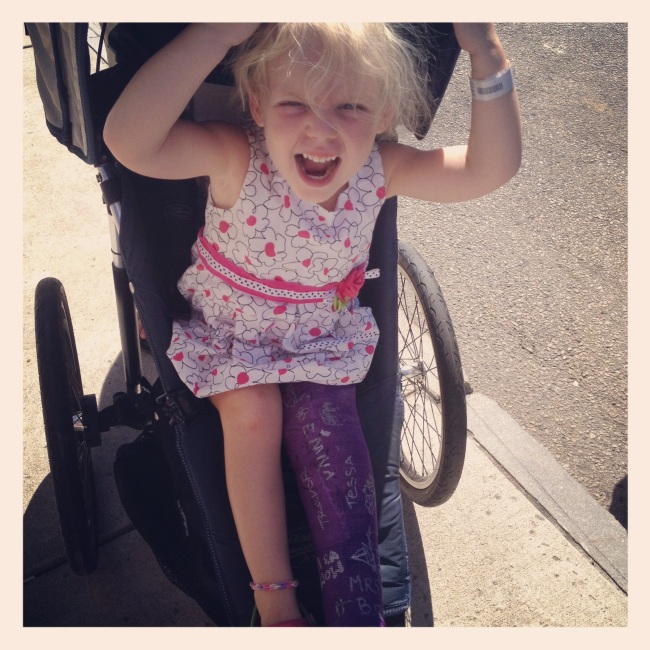 The problem was, Phil was not ready to hand it over.

This was not good.  This is the part in Lord of the Flies when two boys try to hold the conch at once and shit totally falls apart.  Didn’t they eat someone?

On the first day of school, after putting my older daughter Emma on the bus, I sat on the front steps.  My eyes landed on the paint chipping off the porch steps of our newly purchased yet very old home. The grass needed to be cut, bike helmets littered the yard, and flies circled a mound of dog poop by the mailbox.  I sighed.  I needed Phil to come out and make me laugh, to say, “Lighten up!  Life is good, let’s go look at the ocean.”

But he didn’t come out.  I could hear his voice through the window, on a conference call.  I pictured him gnawing on his hand while strands of his hair floated into his fourth cup of coffee.

Something -or someone- had to give.  I sent him a text: “Want to put Phoebe in the stroller and go for a quick beach walk?”

While Phil and Phoebe looked for sea glass, I peeled off on my own for a quick jog. As I ran I looked out at the water, so clear and tempting on the first sunny day in weeks. On the way back, I saw a man swimming and thought, it would feel so good to jump in right now.

I walked over to where a purple-casted Phoebe sat in the stroller, checking her stocks or texting the dentist in Mandarin on Phil’s IPhone.  She looked up.

“So? Daddy went in with his clothes on.”

I looked at Phil waving me out. “Come in, it’s beautiful!” he shouted.

Standing there, watching Phil float on his back with the sun reflecting off the water, I realized it was time to bury the Crazy Stick in the sand.  While my intention of “passing the stick” was pure, it was kind of misguided.  Instead of letting Phil off the hook so I could pick up the slack, I should have just cut us both some slack.  What I thought could be fixed by doing more could only be remedied by doing less.

I have learned that in times of shared stress, creating more stress is not an effective strategy.  In times of shared stress, you should order a pizza.  Use paper plates.  Kick the underwear under the bed.  Create the space to be vulnerable -fragile, even- at the same time.  Then hold on to each other in this middle place.  And trust that you will both be ok.  In fact, you will be better than ok, because you will finally be able to breathe.  And maybe even laugh at the craziness of it all.

That morning on the beach, I knew we would be ok.  Only the Phil I know and love could convince me to swim fully clothed on a Tuesday.  Which is exactly what I did.  And as crazy as I must have looked – stumbling out of the water with my shorts falling down and mascara running down my face – it’s actually the sanest I have felt in a long time. 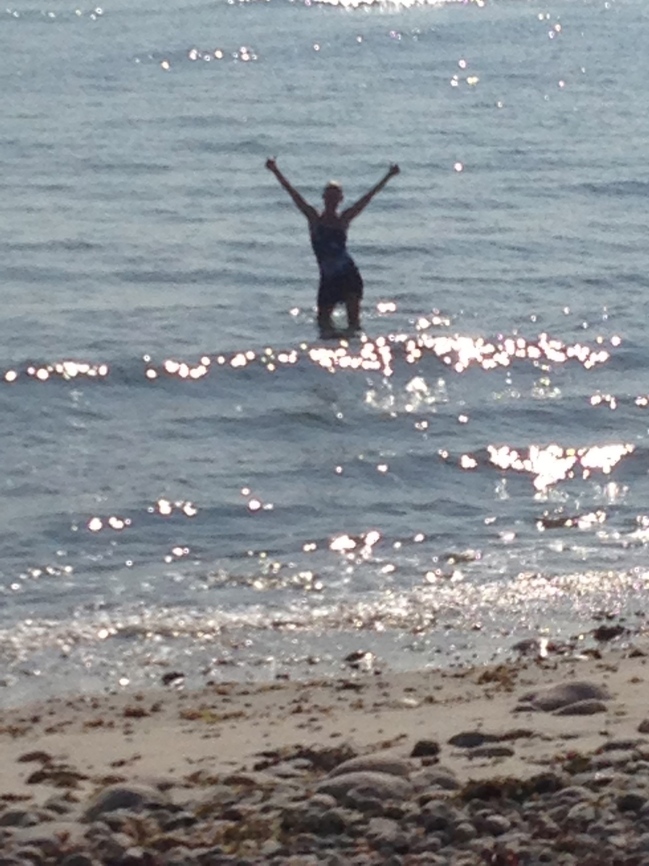 36 thoughts on “The Crazy Stick”